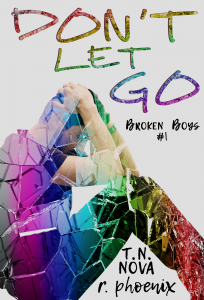 No One Ever Stays.

Dylan Dosi, lead singer of a famous rock band, battles with his personal demons — an internal battle of hurricane proportions that threaten to overtake him at any given moment. Untrusting, hyper-aware, and always on edge, Dyl keeps people at arm’s length while giving the appearance that everything is okay.

Oswald ‘Oz’ Walter is a graphic artist who battles his own internal tempests — ones that cause him to lash out at the most unexpected times. In a constant push/pull struggle within him, Oz stays distanced from people yet craves their company as much as he fears it.

When their individual perceptions can cause the two men to see things in different lights, can Dylan and Oz learn to trust each other? Or will they fall prey to their own self-fulfilling prophecies when yet again no one ever stays? 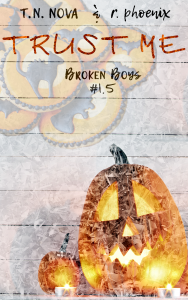 On the eve of Halloween and the day itself, Dylan tries to put his fears aside to give Oz an unforgettable night and day before the holiday. In the bedroom and out, he has plans. Feasts and traditional Halloween activities have a place in the day between shenanigans, and he looks forward to creating fond memories with his boyfriend without interruption from the outside world.

Cookies, costumes, crops, and carving pumpkins aren’t the only plans on the agenda for Dylan and Oz, but they’re the ones that are more welcome than the dark thoughts lurking in their brains.

Will the demons that haunt their minds ruin Dylan and Oz’s day together, or will they be able to banish those ghosts long enough to have a bright day in spite of themselves?

#mmromance #bloggers #lgbt #newrelease #mustread NEW RELEASE!!! A single father receives more than he bargained for in the shape of an ex-military man in this emotional, low angst MM romance. https://readerlinks.com/l/1588322